Why Do We Need To Save Energy 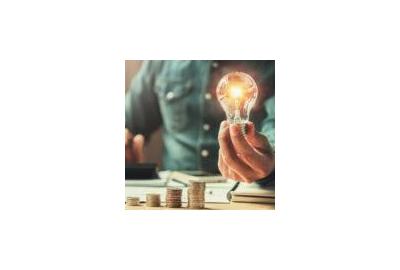 It’s vitally important that we do everything in our power to reduce our carbon footprint and save energy wherever we can. Many people take energy for granted, but anyone who has ever experienced a power cut knows how hard our day-to-day lives can become as soon as we find ourselves bereft of energy.

When we save energy, we can reduce our household bills and make the earth’s valuable natural resources go much further, whilst cutting pollution levels.

What is climate change?

Despite what many people think, energy is a limited resource. Affordability and the accessibility of raw materials all limit the amount of power we should use in our daily lives.

The pollution produced when power is generated can have a devastating effect on the climate. The generation of fossil fuel leads to immediate pollution, with waste products of carbon dioxide and various other gases entering the atmosphere, contributing to global warming, which is causing climate change – a significant transformation in weather patterns around the world.

Although the average temperature of the earth has always fluctuated, scientists are worried that recent rises in temperature are linked to the behaviour of humans rather than nature.

The implications of climate change

The greenhouse effect is the result of energy from the sun being trapped by the Earth’s atmosphere, with scientists believing man-made emissions of CO2 are adding to this, with the removal of forests that would have absorbed carbon dioxide worsening the problem.

We don’t know exactly how climate change will impact on the earth in future years, though there are concerns that there could be more fatalities from droughts, heatwaves, storms and floods.

It’s expected that poorer countries will be hit the hardest, with growing numbers of animals and plants becoming extinct and oceans becoming more acidic.

How can we conserve energy at home?

There are many steps we can take to reduce our energy usage and make a valuable contribution to the world around us.

These can include everything from replacing baths for showers, switching appliances off at the plug socket when we are not using them, turning off lights when they are not required and taking advantage of thermostat technology. Avoid using your dishwasher until it is full and use power strips that will make it easier to switch off multiple appliances when you are not using them.

Thankfully, people are becoming much more conscious about the energy that they are using and are obtaining solutions such as home energy meters which give them valuable information on how much power they are using so they make positive changes. These energy conservation solutions enable them to save substantial amounts of money whilst making their homes more environmentally-friendly.

The less electricity we use, the less we need to burn fossil fuels. Although we can source some of our power from clean energy sources like wind and solar power, a large amount of energy is still being obtained from finite resources including coal and oil.

Research from the World Wildlife Foundation found that less than 1% of overall energy usage was linked to renewable energy. It’s important to remember that fossil fuel use causes pollution. The procurement of coal and oil can be very dangerous for the earth’s ecosystems, with nuclear reactors also producing harmful radioactive waste products. The benefits of energy-efficiency

If climate change continues at the same pace it has been developing, we could start to see major floods up to once a decade, with global sea levels rising to nearly a metre in around 80 years’ time.

There could be an additional 5,000 skin cancer death each year due to increased UV light exposure. The WWF says we can reduce the impact of climate change and global warming by reducing our CO2 emissions by 60% before 2050.

Carbon dioxide emissions have been rising in recent years following increases in the price of gas, which has led to an increased amount of coal being burned.

Energy efficiency also boosts economies around the world. It’s said that the USA is saving around $500 billion each year through energy-efficiency, which has also created millions of jobs worldwide. The country is also said to be using 56% less energy than it would without energy-efficient innovations.

What is a carbon footprint?

The term ‘carbon footprint’ is used to refer to the amount of carbon dioxide released into the atmosphere by individuals, organisations and communities.

We can also use more renewable energy, only buying as much food as we need and purchasing locally-sourced food that doesn’t require a great deal of transportation.

Improving the insulation of our homes can also be highly beneficial, as it reduces our dependence on gas and electrical heating appliances whilst enhancing our comfort levels even during the coldest months of the year. You can also reduce your carbon footprint by recycling as much as you can and reducing the amount of waste you send to landfill.

There are many things you can do to make the cost of living more affordable whilst protecting our finite resources and helping to create a better, more environmentally-friendly world for future generations. If you have been looking for ways to conserve energy at home, why not start making changes today?