The UK’s Biggest Self Build Opportunities 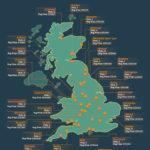 Thanks to TV programmes like Grand Designs, it’s no surprise that 1 in 7 Brits are currently in the research process of building their own home - dubbed as self-builders. In fact, this form of building development is on the rise with 13,000 custom and self-build homes being constructed in 2017. But, what does the growing interest in this project mean for both aspirational self-builders and the UK construction sector?

Insulation Express has uncovered the biggest opportunities in the UK for self-builders and small and medium sized builders. 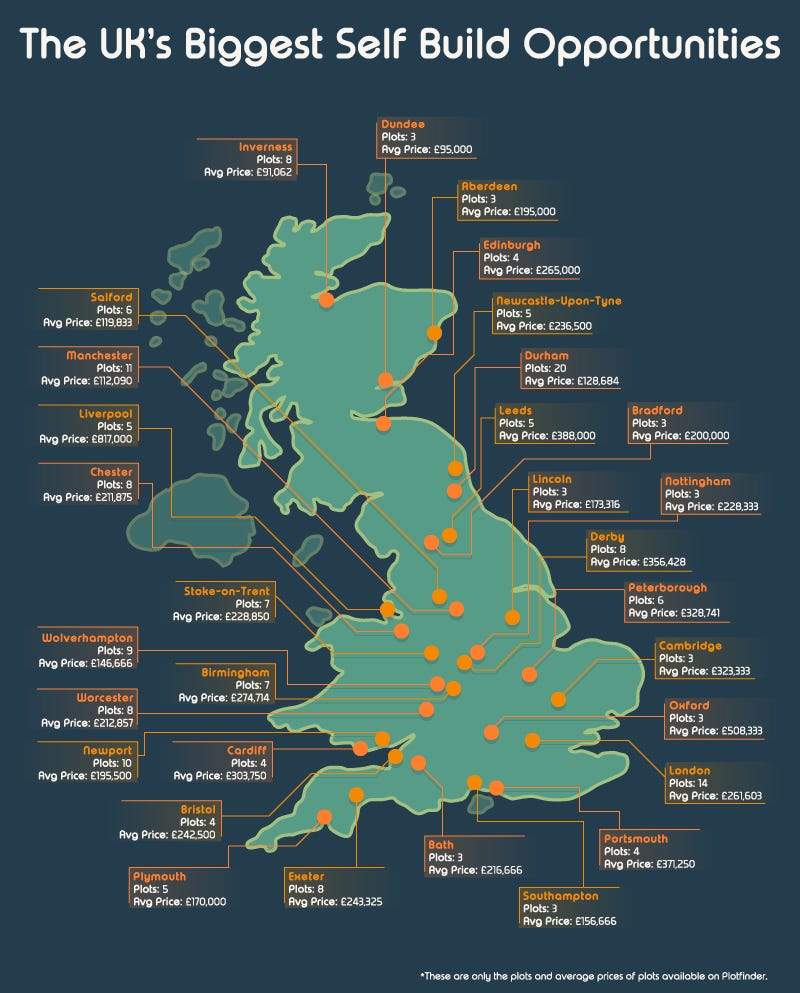 Using the Plotfinder database, we can see all the plot and land sold by estate agents and auction houses. As of March 2019, Durham, London and Manchester are paving the way with the most plots available. However, this isn’t to say other regions don’t play host to potential land, as local authorities hold plots that are not on the Plotfinder database. 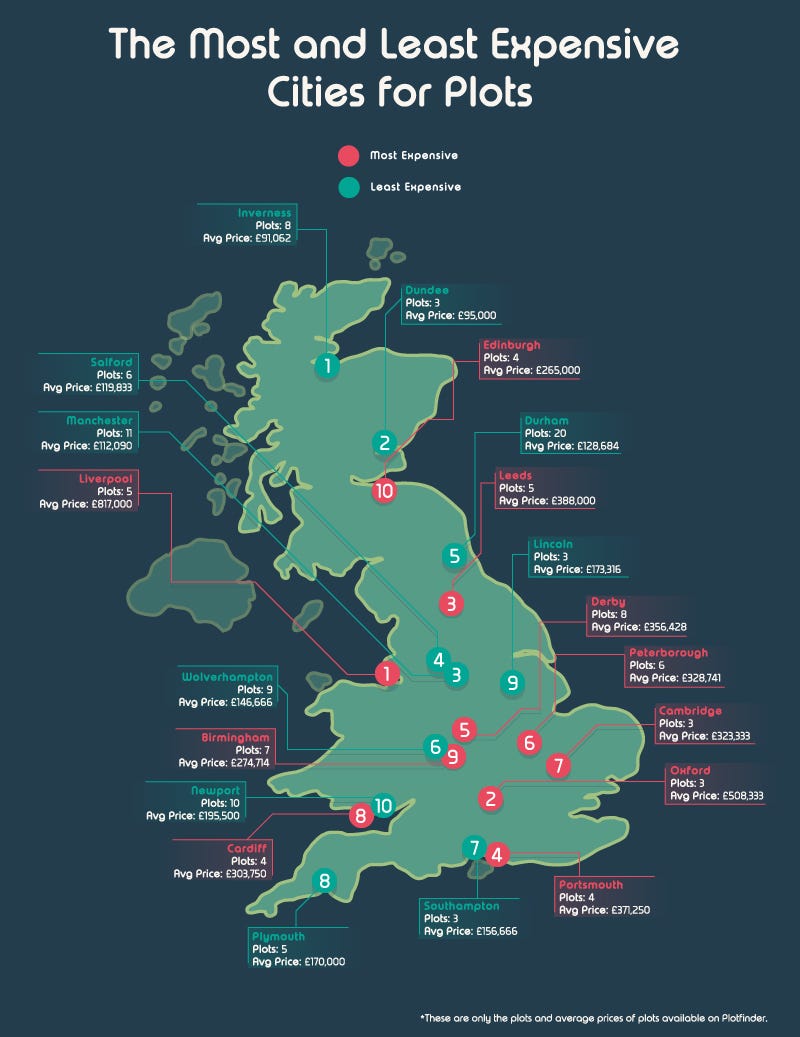 Self-build projects can be an expensive venture and one of the biggest challenges for self- builders. If you’re tight on finances what can you do to lower the cost? Well, you may want to start your building project in Inverness, the city comes out on top for being the cheapest place to buy land in the UK. Following closely behind is Dundee with the average plot priced at £95,000. There are of course the cities to avoid if you’re thinking about cost. Or if the price isn’t an issue, cities such as Liverpool, Leeds, Derby and Peterborough are amongst the most expensive places to buy plots but have lots of spaces available for self-builders.

Custom and Self-Builds Set to Increase By 35% Each Year

At the moment, only 8% of new homes are custom or self-built. However, the government have introduced many incentives to change this. With such a large proportion (66%) of new homes being built by just 11 large construction companies and 49% of people disliking new builds, there’s a need to diversify the housing market. So, what are the plans to make self and custom building easier? The most popular and encouraging incentives include:

What’s more, the government launched the £3 billion Home Building Fund, which provides £1 billion of short-term loans for small and medium-sized enterprises (SME), custom builders and innovators to deliver up to 25,000 homes.

As well as this, the new Right to Build scheme allows local authorities to look to make plots available to self-builders. With this new legislation, the government are hoping to increase the number of self and custom build homes in the UK by 35% (from 13,000 to 20,000 per year) to encourage aspiring housebuilders.

To make things easier on the wallet, government schemes have meant self-builders could save thousands on the price of Reduced Stamp Duty. Builders only have to pay stamp duty on the cost of the land itself if this passes £125,000 or £300,000 for first-time buyers. In the past, finding a mortgage for self-build projects was extremely difficult, but now more and more banks are offering mortgages especially for self builds.

In the first seven months of Right-to-Build register opening,18,000 Brits registered themselves into the scheme. In December 2017, this figure jumped to over 33,000, but the most recent figures suggest that the original figure has more than doubled (40,000). Evidently, this highlights the rising interest in self-builds - 1 million Brits have also stated that they wish to start their self-build project in the next 12 months. While 7 million people are actively researching how to self build, this could help the current decline in SME house builders - actually rise.

Self Builders Make a Profit of 29% When Selling Their Home

Research suggests self-builds are on the rise, but why exactly? One major driver to the increase in self-build homes is the rising house prices across the UK, which means homeowners can fund their self-build project from revenues in a house sale. But, the increased cost of houses has also meant people are looking to self-build as there’s a sense of ‘getting more for your money’, and on average self-builders gain 29% in the value of their completed home. 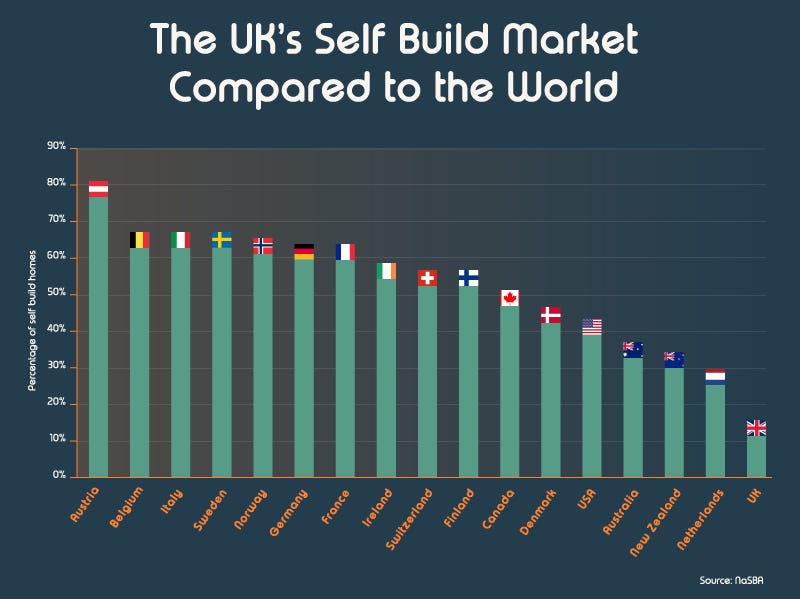 However, the new government schemes such as permission in principle and the Right to Build register should tackle the barriers faced by self-builders. Finance lenders are also waking up to the demand of self-build, and many providers are now offering specialised self build mortgages - meaning this form of construction is becoming a whole lot easier.

Small and medium-sized (SME) house builders are in decline - they’ve dropped by 40% (44,000 to 18,000) since 2007. Naturally, this has meant that the number of houses being built by large construction firms is on the rise.

Today, 2/3 of new homes are built by only 11 large construction companies. The firms used in self-builds tend to be small, local tradespeople. If self-builds are to carry on rising, these projects could aid the local builder market. With the increase in demand for self-builds, the private homebuilding market could grow from £3.9bn to £5.5bn by 2020.

Can Self Builds Help the Environment?