How To Fit Loft Ladders

Gaining easy and safe access to your loft can be a tricky thing to navigate. But fear not as the experts at Insulation Express are here to provide you with everything you need to know.

Loft ladders can be complex to install, so it’s important to make sure you don’t skip any steps as any mistakes could have nasty and dangerous consequences. You’ll also need a loft ladder in place for if you need to install any loft insulation, so that your house doesn’t lose too much heat from the roof during the winter months.

Before you get started with installing loft ladders, you’ll need to collect the following tools:

Due to the nature of the task, it’s advised that you have at least two people to install the loft ladder itself. Once you have collected all of the mentioned tools together, follow these steps. 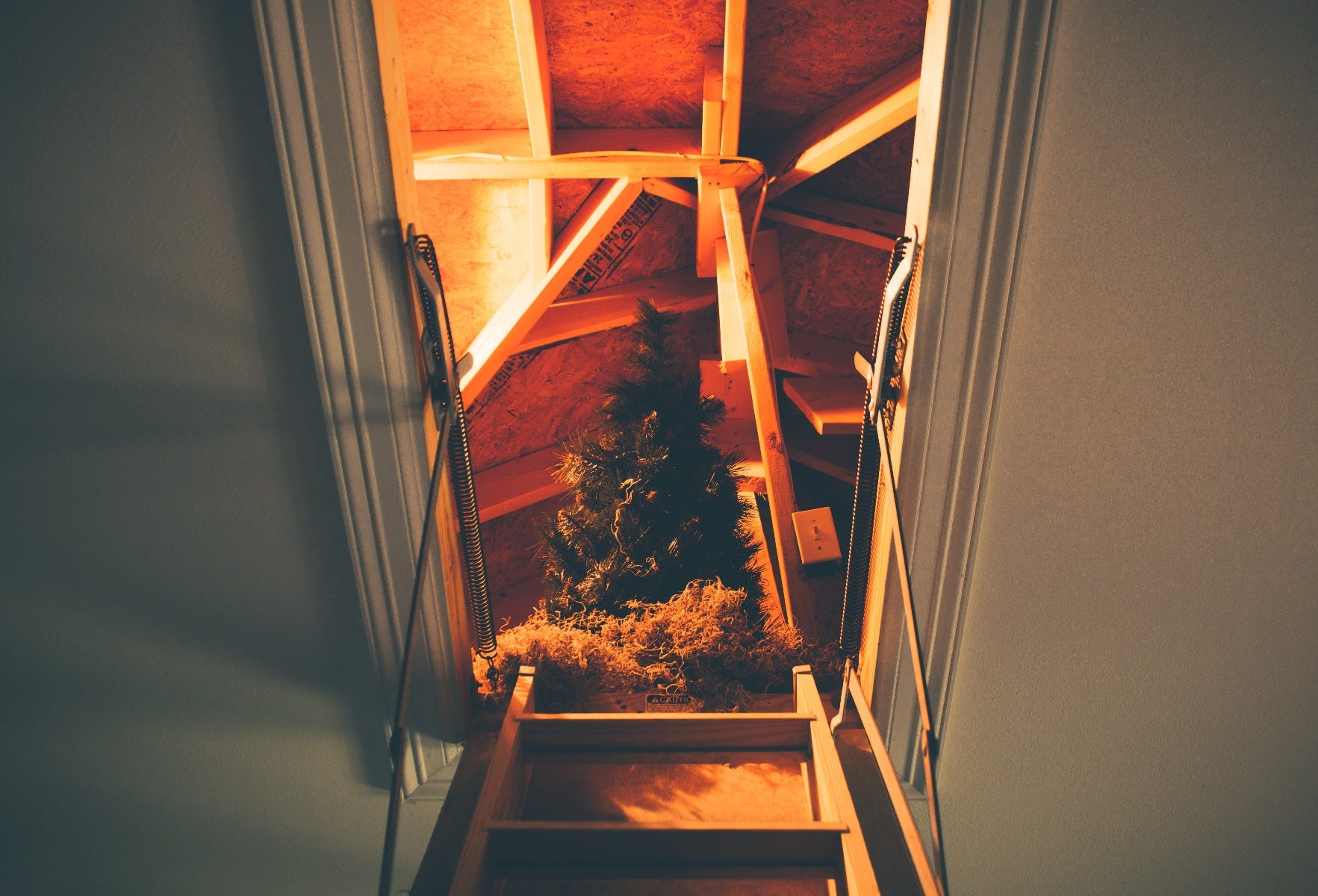 You’ll need to make sure that there’s enough room for the ladder itself, making sure that the opening is not too close to the external wall of the house (less than 1 metre). Essentially, sufficient headroom will need to be available so that you can enter the loft without immediately hitting your head off the roof.

If you don’t have a loft hatch, follow this step. If you do have one, skip to step 3.

Make a note of the position for the opening with a pencil and make a small hole while cutting a small section of the plasterboard. The ladder can then be installed while running in the direction of the joists, not against it.

The position of the new opening can then be adjusted to coincide with the joists. Then, cut the joists to the length of the loft ladder with an addition of 100mm (equal to the thickness of two trimmers).

Then, nail a trimmer at each end so that it forms a rectangular opening of the necessary size, with the trimmer being the same size as the existing ceiling joists.

The remaining plasterboard can then be cut to the correct size, with the plasterboard being nailed to the new trimmers.

If you already have a loft hatch (which is more than likely in most homes), it may need altering. Check where the joists are located and make sure there are no obstructions, such as a water tank.

Mark up the dimensions of the ceiling’s opening, then cut the joists and insert nails where needed.

You’ll need to measure the depth of the ceiling joists and frame. Note the dimensions on all four sides of the frame, then nail a length of batten at 50x25mm along each side, with the bottom edge level with the mark you’ve added.

The purpose of the battens is to locate the box frame in the opening of the ceiling, and can be removed later on if needs be.

The dimensions of the opening on the ceiling can then be marked. Then, cut the ceiling joists and insert the nail trimmers.

Check that the box frame is level with the ceiling around the opening and, if it isn’t, you can adjust it to make it level.

The next step is to fix the box frame onto the opening permanently. Holes will need to be drilled in the ends and sides of the frame, we recommend two in each short side and three in each long side.

Fix the frame with 50mm screws or nail the box to the ceiling joists with 50mm nails.

When you drop the ladder down, check whether it is too long or short. For example, does it reach the floor and is stable enough to climb. You can nail extra parts of wood to make it the right size if the ladder is too small.

After the ladder has been installed, all that is left is to use the ladder to climb up and down from the loft! If you are climbing into the loft to insulate your roof, Insulation Express provide all of the tools you will need, whether it’s pitched roof insulation or through the loft.